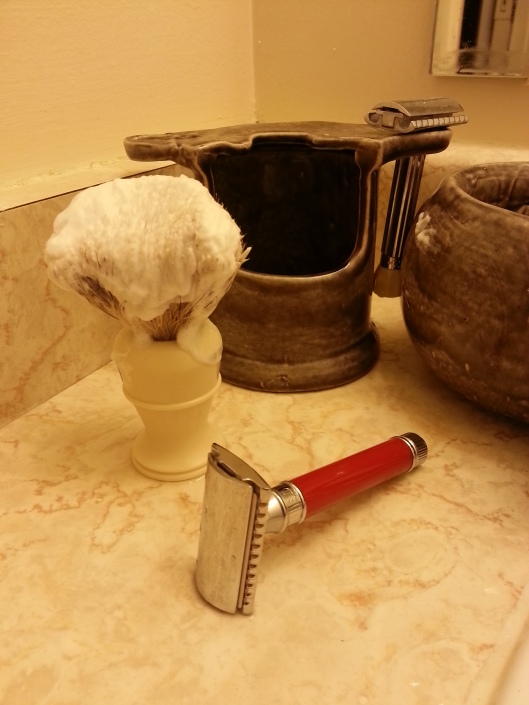 Sniffing the little baggie this sample came in revealed a quite nice raspberry scent. Not excessively sweet, it captured the fruit’s smell quite well.

The soap itself smelled strong enough. As is often the case, the lather did not. I could still catch the occasional whiff of the aroma while shaving, but it certainly wasn’t consistently so.

I found that this sample seemed to have a fair bit more slickness to it than the other soap I’ve tried from The Shave Den thus far. I was still able to get sufficient glide and have a comfortable shave while leaving the lather rather thick, although I can’t guarantee that this wasn’t due to some minor differences in how I prepared the lather rather than actual differences in the soap itself.

Overall, I give it a 6/10. The scent underwhelms, so it’s not recommended if that’s a big deal for you.